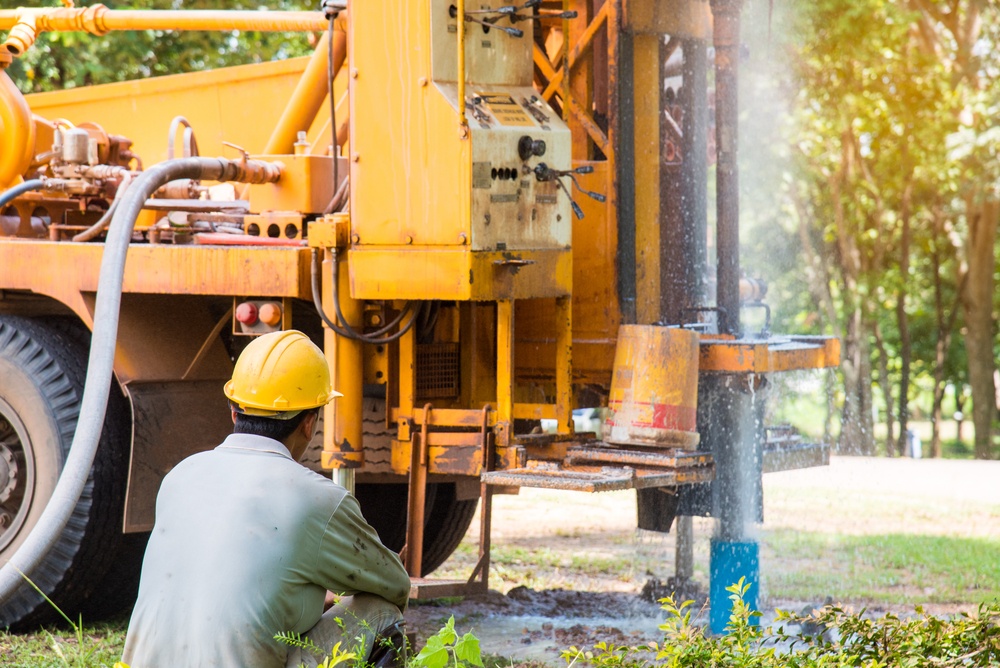 The History of Well Drilling

Well drilling has come a long way since its primitive, hand-dug origins in ancient China, Phoenicia, and Ethiopia. Over 200 years ago, the process of extracting water and other natural resources from the ground evolved with the use of drills and machinery in the United States. According to the National Ground Water Association (NGWA), mechanical well drilling now provides 13.2 million occupied American households with a consistent water supply courtesy of private water wells.

The well drilling industry began in America in the early 1800s. In 1808, the Ruffner Brothers of Charleston, West Virginia successfully drilled the first well in the United States using a 4-foot in diameter hollow sycamore tree to mine brine water containing salt. Their well led to water well drilling in the Pennsylvania, West Virginia, and Ohio regions with the first freshwater well drilled in New Jersey.

Coming from the salt industry in the Ohio and West Virginia areas to north of the Potomac river, Disbrow understood the importance of having a dependable source of water. He became the first professional water driller in 1823.

The first American to successfully drill for oil, Drake developed an innovative piping system to separate water from other materials and contaminates in 1859.

Technological innovations in power sources propelled the water well drilling industry throughout the late 1800s and into the 20th century. The first wells created to use an outside source were powered by horses that walked on a circular track. Around 1890, steam-powered water well drilling became prominent in the United States and across the globe. It retained such popularity until the invention of the internal combustion engine—a tool still used today—made well drilling even more portable and efficient. In fact, the NGWA approximates that 800,000 wells are currently drilled in the U.S. each year.

As a fourth-generation well drilling business and fully licensed team, we at Domer’s Inc. possess a wealth of knowledge and experience in agricultural, commercial, and domestic water well drilling in the state of Florida. Members of the Florida Ground Water Association and the NGWA, we pride ourselves on our quick response times and quality work. If you’re interested in adding a water well to your property, call us today at 863-763-3417 for more information.

Read and Submit a Review